President Muhammadu Buhari on Wednesday was sworn in for second term in office.

The Vice President, Yemi Osinbajo was also sworn in at the Eagles Square venue of the 2019 Presidential inauguration ceremony.

The swearing in was conducted by the Acting Chief Justice of Nigeria (CJN), Mohammed Tanko.

There were also Muslim and Christian prayers for the President and the nation. 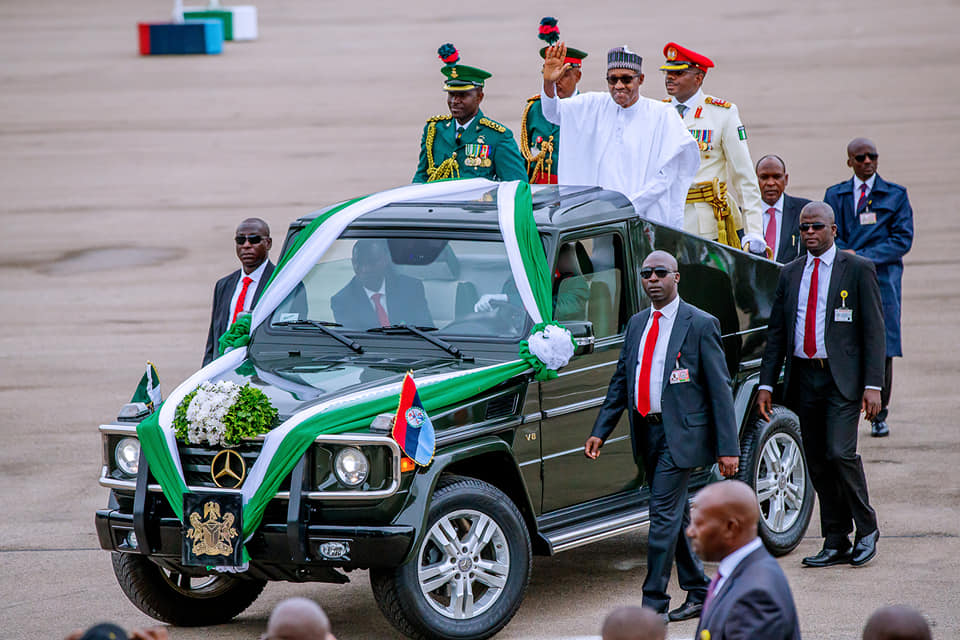 At the brief ceremony, there was lowering and hoisting of the National and Defence flag. signifying the end of immediate past dispensation and beginning of a new dispensation

President Buhari also inspected the Guard of Honour and acknowledged cheers from guests before departing the venue.

The President and the Vice President did not deliver any speech at the low-key ceremony. 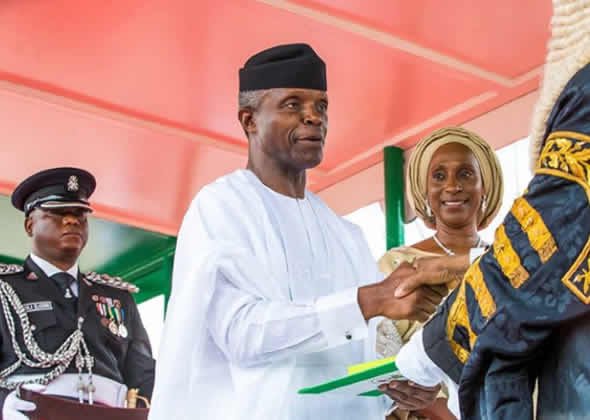 The Guard of Honour Parade comprising different military formation, army, navy and the air force and the Police were also on ground to entertain guests. 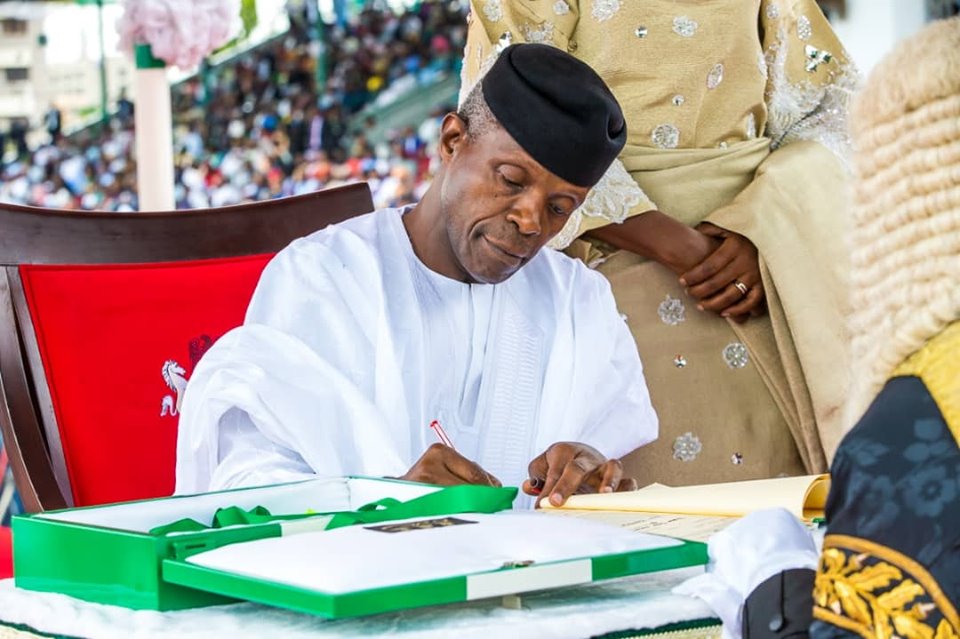 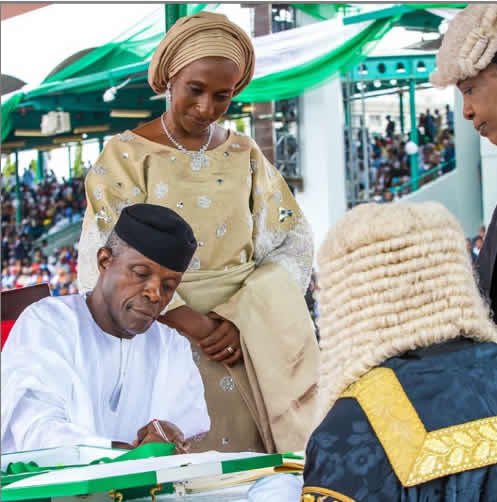